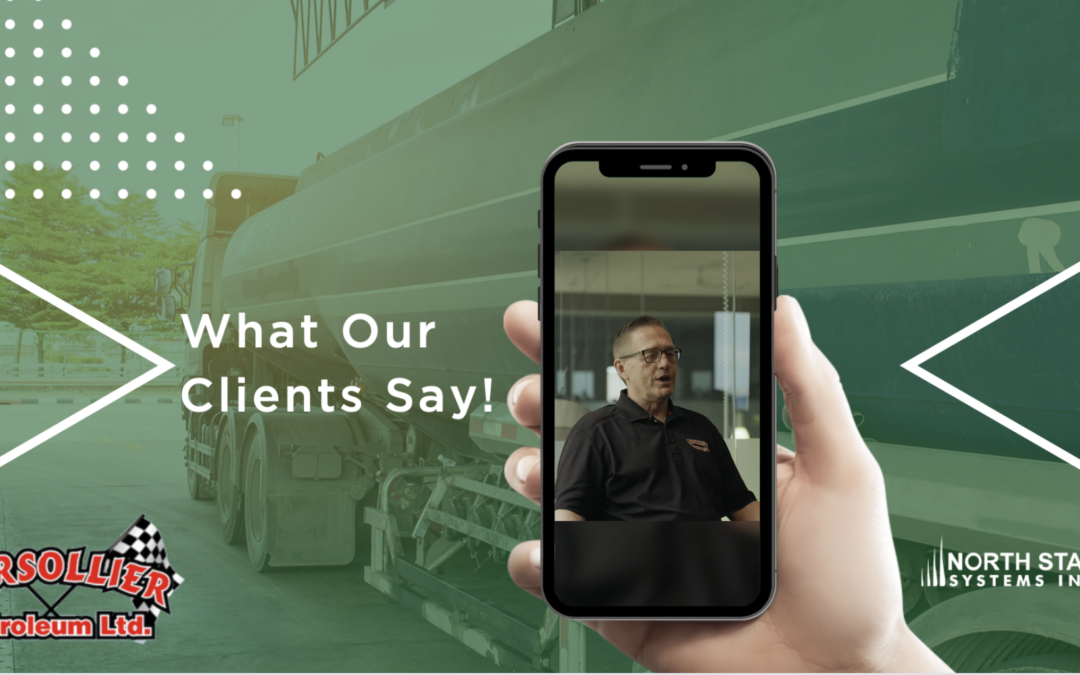 What Our Clients Are Saying
– Marsollier Petroleum

North Star Systems is a hardware and software developer in Saskatchewan, Canada that manufactures tools to support business operations and logistics. Our Tattle Systems capabilities take technology to the next level. Real-time remote location, level, and data reporting are what define our technology. We are proud to provide solutions for our clients across multiple industries.

In our most recent article, we hear from Murray Thiessen, Lubricant Sales Manager with Marsollier Petroleum for 10 years, who shares his feedback and experience with Tattle Systems and the North Star Systems team.

” I am currently working in sales and handling our bulk delivery trucks.

Marsollier Petroleum is a distributor of Mobil lubricant products for Saskatchewan, Manitoba and a portion of Alberta. We distribute oil to car dealers, farmers, mines and anybody else that uses lubricants.

In the past, we guessed at oil levels. It was all done manually. We had a schedule, and I would assume where the tanks were, always trying to be early. So, for example, I always made sure we arrived to refill a customer’s tank when I estimated they had half a tank left.

I didn’t have any experience with tank monitors, but when GM became a customer of Marsollier, we knew we had to do something different. GM had so many remotes stores, including some in small towns a couple of hours away from our Saskatoon location in areas we were not servicing at the time.

That’s where North Star Systems came in. It’s been a huge change with Tattle Systems.

You do one and away you go. I believe we have 37 installed in Saskatchewan and another 12 in Manitoba.

I was nervous putting the first one in by myself, but I was lucky to have Dmitry and Mackenzie basically at my fingertips. Whenever I needed their support, they were there. I can’t say enough good things about the team with North Star Systems.

With Tattle Systems’ monitors, it has basically gone from guessing to knowing exactly how much is in each tank. When I get up each morning, I look at my cellphone and check the tanks. I know exactly when it is critical that I have a truck get to a certain area.

Tattle Systems has made my life so much easier. I believe it saved us hours and miles on the highways. It has made Marsollier more efficient, so much so that I was able to take on additional responsibilities in my role.“ – Murray Thiessen, Lubricant Sales Manager, Marsollier Petroleum .

“We at North Star Systems are pleased to help a bulk lubricant dealer, such as Marsollier Petroleum, become more efficient and profitable by using Tattle Systems. We make the process of installing the monitors straight-forward and the software used for calibration easy to understand by providing step-by-step instructions and dedicated support from our team. It is also our aim for Tattle Systems to clearly make sense within the business operations of customers, like Marsollier Petroleum, in order for people like Murray to be able to provide a high level of service to his customers.”

A Message from John

“The Marsollier family has been in the lubricant business since 1973. At a young age, I began working with my father in his business, until an opportunity to manage the Esso site in Lynn Lake became available and then in Thompson. In 1996 we moved to Meadow Lake Saskatchewan, where I became an Esso agent myself. Over the next few years my business grew and I became the Esso agent for Prince Albert, Tisdale, Bonnyville, Elk Point, Saskatoon, North Battleford and Kindersley.

In 2012 I was approached about becoming the Regional Distributor for Mobil™ lubricants. Having grown up with Mobil™ products, I knew that it was a product I could stand behind. As Regional Distributor, my new territory included Saskatchewan, Manitoba, north eastern Alberta, and Northern Ontario. To help serve the markets in which we do not have a direct presence, we have set up an extensive network of sub-distributors, branded distributors and resellers.”

Interested in learning how Tattle Systems could benefit your business and its customers?